Aerial Images are since long a consolidated source of information to manage, study and plan the territory. CGR acquire aerial images and produce orthophotos since the seventies, having flown  autonomously or as a subcontractor several millions of hectares  in Italy, Europe, Middle East & Africa.

With its own program TerraItaly™, started with the IT2000 flight of all Italy, CGR perform the regular updating of around 1 third of Italy every year. The capability to carry out large scale projects is ensured by the big fleet of aircraft, by the continuous adoption of state of the art sensor technology that guarantees increasingly higher resolution of the images and the highest levels of productivity 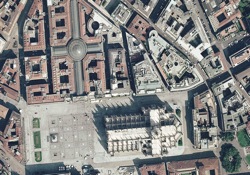 The aerial images have been used for many years for the production and updating of vector maps, to study the use  of the land, for agricultural and forestry studies; they are a critical component for flooding risk-related studies. The wide availability of archive data of the Italian territory also enables Central and Local Administrations to mark the changes on the Italian territory in terms of vegetation (Kyoto Protocol), urban development (Illegal buildings), and  for “change detection” in general. 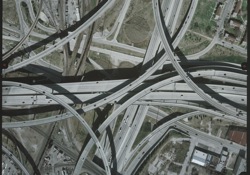 The use of aerial images is essential to study the feasibility of infrastructures, highlight their complexity and estimate costs. Ortho images  permit  to obtain accurate Digital Terrain Model (DTM) and Digital Surface Model (DSM), which are useful to study the propagation of radio signals (broadcast, UMTS, LTE). 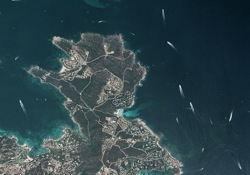 Photogrammetry has  long been a fundamental element for environmental monitoring; both for objects visible through natural colors and for object visible on the infrared, which is essential to identify and interpret the vegetation.