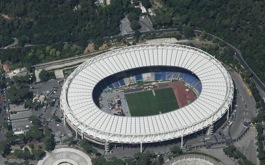 The usage of oblique imagery has so far become a standard for public and private organizations in view of managing territory, asset, infrastructures. Oblique imagery  is an aerial image taken with an angle of approx. 45º, allowing users to visualize the facades of buildings. Oblique images are easier to interpret also by non-professional users, allowing them to:

Oblique Images have been developed to complement existing vertical aerial imagery, rather than replace it. Over the years CGR has captured around 50.000 km².  CGR archives include the most comprehensive and detailed imagery database available in Europe and cover around 4.000 cities. 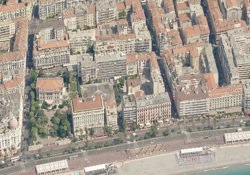 Oblique Images allow government departments to have a better understanding of the status of each building in order to verify cadastral conformity, support fiscal control, verify the status of the maps and update them.They provide surveyors with a powerful tool for feasibility studies and cost estimation, while  increasing productivity and reducing expensive field missions. 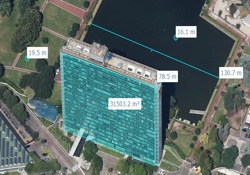 From the operational point of view, any Utility that manages networks in general can use oblique images for sites  virtual visits  from office, to check the buildings and their roofs in the case of wireless antennas or solar panels (site hunting), the location of the building and the surrounding area, in order to optimize the mission (know before you go) and update the cartographic attributes such as street numbers, waste collection points, fire hydrants and cabins 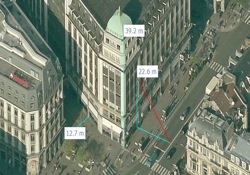 The  full view of the building target of the intervention enables improved emergency response in case of fire, police intervention, event management in general.