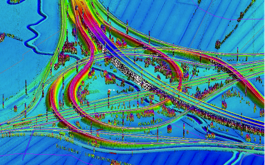 Since the advent of this sensors, CGR SpA has played an important role by using LiDAR systems in major projects both in Italy and abroad, such as: the survey of wide territories (Province of Trento and Province of Bolzano), the whole channel morphology of the  Po River, the survey of Italian coastlines and the mapping of  main hazard areas (within the project of the Ministry of the Environment ), several surveys realized for the Institut Geographique National (IGN France), corridors mapping in North Africa and Middle East for highways, railways and pipelines planning.

Using his four different types of LiDAR sensors, CGR SpA is able to cover all types of LiDAR data demands requested by the market. Its sensors are mounted both on aircrafts and helicopters and can be coupled with digital cameras to complete data acquisition. 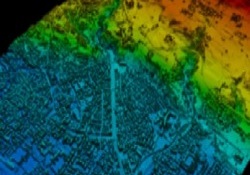 The LiDAR systems are efficiently used to capture the morphology of the terrain and the features present on it with highly accurate x,y,z measurements whose density is up to 40 points/m² and a vertical accuracy ranging from 10 to 30 cm. 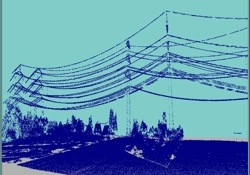 LiDAR sensors play an important role in themonitoring and planning of  Infrastructure asset. In this field, LiDAR surveys are performed to map corridors of existing or new infrastructure such as Power lines, Highways, Railways, Pipelines, etc.

In the TELECOM applicative field, LiDAR data capture the elevation model of urban areas to be used for wireless networks planning.

The data collected in urban areas generates 3D model for the feasibility study of new buildings integration and urban development.