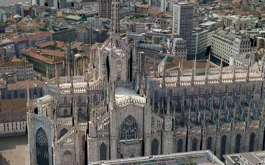 The natural evolution of the way to represent the territory is its 3D virtualization. The availability of three-dimensional data and the elimination of hardware/software barriers have increased the use of 3D models in applications of City Design, Virtual Tours, SatNav. CGR has the technology required to produce accurate photorealistic 3D models of cities, whose distinctive feature is the ability to recreate the existing buildings as they appear from the oblique images. CGR has access to oblique libraries for the  generation of more than 4,000 cities across Europe in 3D. 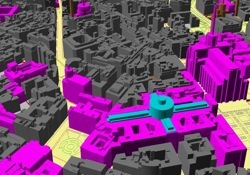 The photo-realistic modeling of the city allows Administrators to visualize new projects in the Virtual City and to see the environmental impact, the aesthetic compatibility with the surrounding area, before the project is built. The photo-realistic component is crucial because it represents the closest level to reality. These applications are widely used in the case of redevelopment projects of the green, conversion of former industrial areas, public lighting, new roads etc.. 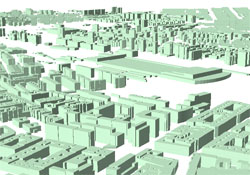 In the world of telecommunications, the virtualization of buildings is already being used to study the signal propagation and to optimize the radio coverage in densely urbanized areas. 3D virtualization is  also particularly valuable to demonstrate the mitigation of the impact of new infrastructures on the territory in terms of environmental and ancillary works, to the benefit of the community. 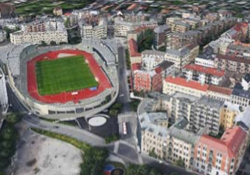 Even the web and mobile world is moving towards the 3D representation of the cities for tourism applications, mapping and navigation applications, where exploration of the city is enhanced by the user’s ability to move in a virtual city. The new frontier in the use of 3D data is the so-called Augmented Reality, where the observation of reality, which is displayed by the user through a device (camera, tablet, glasses), is improved by providing non- visible information. 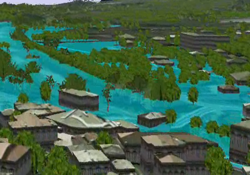 The reconstruction of 3D environments is also useful for Emergency and Security Applications where catastrophic events can be reconstructed and simulated, the evolution and response options can be studies (landslides, floods, etc.). In an urban environment, simulation impacts upon the optimization of video surveillance systems and the virtualization of the real scenario directly in the Operations Center.