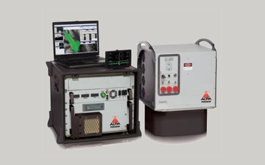 LiDAR is an innovative remote-sensing technique that is primarily used for topographic surveys to generate accurate, three-dimensional information about the shape of the Earth and the characteristics of its surface. The x,y,z measurements recorded by LiDAR sensors are used to produce high density digital terrain models (DSM), generally far more detailed than anything else that other technology can produce cost-effectively .

CGR owns 4 different LiDAR sensors of the latest generation that can be employed to map both wide territory areas and corridors such as power lines, coastlines, watershed, landslides, glaciers, etc.

The LiDAR sensors of CGR can be coupled with  Waveform Digitizer. This capability provides additional recorded data for each reflected laser pulse and allows sophisticated analysis for applications such as ground coverage classification, forestry and biomass calculations.

The x,y,z measurements, also referred to as points cloud, are used to generate geospatial products, such as digital elevation models (DSM) that represent thesurface of the  terrain and includes all the objects on it, such as trees, buildings and any other manmade objects. DSM are processed by removing elements which protrude above the terrain level,  to generate digital terrain models (DTM) that represent the bare ground elevation.

LiDAR sensors of CGR can be coupled with digital cameras to capture simultaneously images of the terrain during the survey. 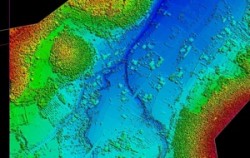 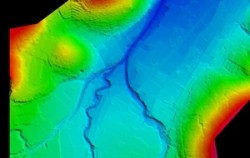